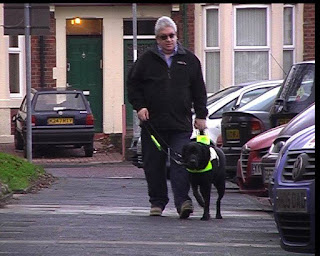 I have told this story many times but for whatever reason it is on my heart again tonight so here it is.

Guide dogs are taught that a puddle is an obstacle which must be negotiated for the simple reason that it may ion fact not be a puddle but a hole.

So one winter day back in 2002 it was belting down with rain and I needed to go to the local shop.

Now my guide dog Abbot knew the way to the store so well that all I needed to do was give him the command "store" and he would take me there without another word.

So on coming out of my front door I pulled up my hood against the rain and gave Abbot the command "store" and off we set.

The first part of the trip was perfectly normal but eventually we reached a junction where I knew that our normal route would be to take a right turn. Abbot decided to take a left and stepped of the kerb in that direction. I gave him the command to stop and took him back to the junction and gave him the command "right". With that he firmly sat down and flatly refused to move. No matter how many times I said "right" he just sat there.

As our journey progressed it slowly began to dawn on me what he was doing. He was guiding me to the store but he knew that if we'd taken our usual route there was part of the pavement that regularly flooded from the kerb to the building line. In the past this had resulted in us having to do what is known in guide dog circles as an "of kerb" manoeuvre. This would have meant to avoid the puddle Abbot would have had to step off the kerb in to the gutter to get around the puddle. This is a very dangerous manoeuvre and for any guide dog it represents the option of last resort.

By going the route that Abbot had chosen we came to the store from the opposite side completely avoiding the puddle altogether.

For me this story has become a great metaphor of my faith journey where I have spent far too long arguing with God about which way we should be going. 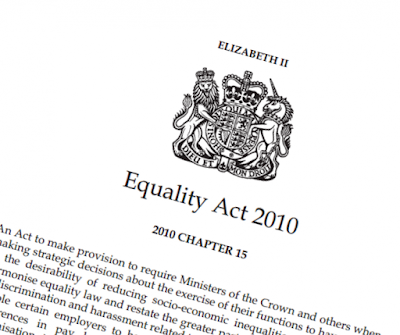